Free Will and Consciousness. An Open Letter To Robert Sapolsky 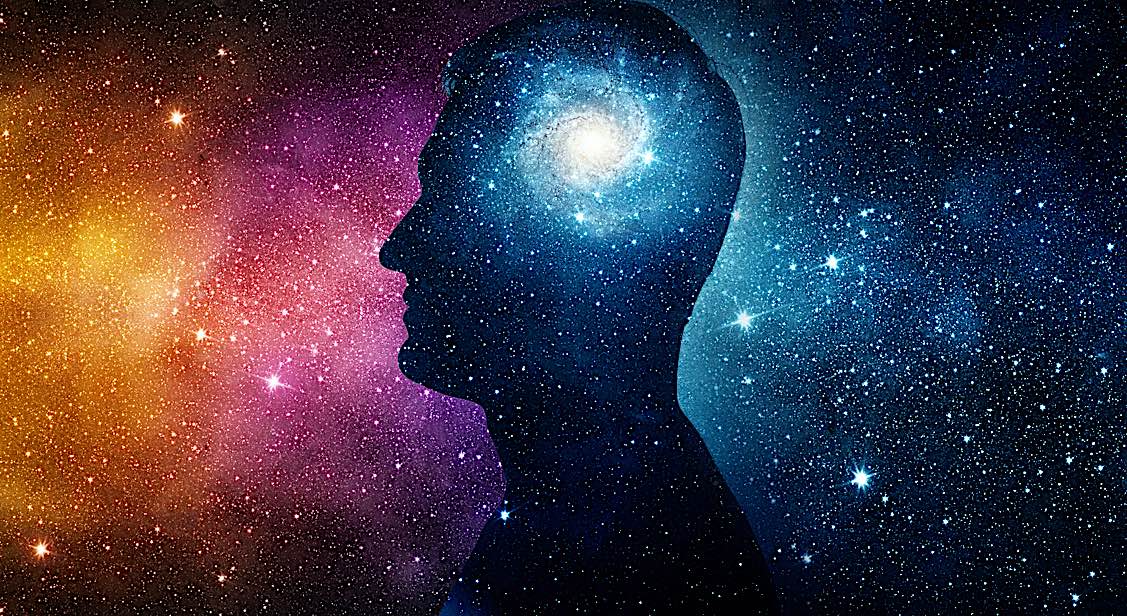 Robert Sapolsky is a professor of Biology at Stanford University and a neuroendocrinologist who has dived deep into the origins of human behaviour and has had tremendous influence on how we now think about stress and the brain.

Most recently he has come to the conclusion that based on all the biological and psychological evidence he has gathered, we as humans do not actually have free will; that our choices and actions are simply the result of a chain of neurochemical processes that do not at any point actually involve choice.

It’s my personal opinion, based on my own 20+ years of research and exploration of the science of consciousness, and my many years of training in nervous system physiology and how it reacts to trauma, as well as years of working with clients to heal trauma at the nervous system level, that this is mostly true, but not always.

I do believe it is true that our “choices” spring forth from a cascade of neurochemical activity that is happening inside us without apparent choice and that this implies that we have no free will.

And I believe there is a way in which we do have choice, but that agency rests in the acceptance of another premise, which certainly others besides me have said to be true, and that is that the Universe itself is conscious. That it is, in fact, consciousness itself given form and so we are that consciousness as well.

I realize that this idea comes much more from the Eastern sciences, which are sciences of the exploration of consciousness, but it does seem that some areas of western science, particularly in the area of the quantum fields, are starting to talk about this possibility as well.

Many scientists may say that since consciousness is not measurable then the idea is not worth considering, but just because we don’t yet have the tools to measure something doesn’t mean that thing doesn’t exist – it’s not too long ago that we didn’t know how to measure atoms, or galaxies.

Recent experiments in the quantum fields have demonstrated that a photon can be either a wave or a particle and that it is our attempts to measure it that actually determine which form it will take – that essentially reality exists as a probability, until our perception makes it take form. In my mind this lends a lot of weight to the idea that there is something going on besides what happens in the meat of our brains – that there is a fabric of Universal mind that connects us all at the quantum level such that our perception can affect protons, even over vast distances.

If we can accept the possibility that we, as part of the Universe, have access to that Universal consciousness then a choice point emerges.

To explain this I think it’s important to first say that I believe the mind is not just the brain. The brain is a very important part of the function of the mind, and so is all the rest of the physiology.

For example, the sheer amount of neurons in the gut, plus the fact that 80% of the nerve signals between the gut and brain are afferent – travelling from the gut to the brain – definitely suggests that the gut is also a kind of brain that interfaces with the world and sends a lot of information to the brain in our head, and this is demonstrated by human experience as well.

When we get a feeling in our gut of something being “off”, that is the first brain, the gut, giving us information directly. But most people haven’t had the support to learn how to tune into those signals directly and discover their sensational nuance, so it isn’t until those signals reach the brain and trip alarm bells in the areas associated with survival that people are aware of having a response – generally by feeling anxious, or nervous, which trips off a certain neurochemical cascade, which leads to certain thoughts and choices.

I would say that our mind is a bridge between Universal consciousness and the processing of all of our physiology, and that our experience of the mind is greatly influenced by the degree to which we are able to be conscious of that processing at the physiological level.

So there is a distinction, then, between mind and consciousness, and in the majority of the population on Earth right now, the mind is being driven by the physiology without much access to consciousness.

When we practice some sort of focused self-attention we can experience our mind having thoughts and we can observe all the sensations happening in the body. So what is doing the observing? I believe the answer is consciousness. That ability to observe happens when we are able to tap into our own personal zone of that Universal consciousness, that singular mind that our own personal mind can interface with through the neocortex.

So the way in which we have free will is that we get to choose how we respond with our consciousness to the mind/body experience.

At least that is ideally so, but it often is not in this world because of the realities of trauma and survival physiology, and because we are not generally supported in learning how to practice this kind of self-awareness.

I work with clients to help them come out of survival physiology, and I have seen over and over again that as they learn to engage with that trauma in a different way, which involves learning how to access the neocortex and healthy parasympathetic function in the midst of their survival responses, that their external choices, actions, and life, all change.

A little background on the science behind nervous system based trauma healing:

First, we view trauma as a physiological phenomenon; it’s in the biology, not the biography.

Specifically, trauma is an experience wherein our survival responses (fight/flight/freeze) are still “on” in the system, still reacting to overwhelming events from the past, because they were never able to complete due to some kind of interference – something overwhelming happened too fast and we were knocked out, maybe we were helpless to act, or societal conditions or the need to stay attached to our caregivers kept us from allowing our survival physiology to play out.

When this happens the parts of our autonomic nervous system associated with survival are getting a lot of energy (or “tone”) so, among other things, the sympathetic nervous system, limbic brain and brainstem are running the show most of the time, the adrenals are working overtime or they are shut down and exhausted, and if the trauma is from chronic stress, or if it is early/developmental trauma (these are the most common types of trauma in Industrialized society) then the Dorsal Vagal Complex also has a lot of tone and the person is living in what we call functional freeze – meaning that freeze response is humming away inside, keeping a lid on the unresolved Sympathetic energy.

This kind of dysregulated nervous system and physiology is very urgent and ‘loud’, and this is what is driving the neurochemical cascade that leads to “choice” in a lot of the population, and this means there is less access to that neocortex, which is the part of the brain that allows us to interface with that inner observer, which is consciousness.

So it is true, right now, that in our world there isn’t really much choosing happening, but that doesn’t mean there can’t be.

I believe agency and choice happen on the inside, and this ability to choose comes from developing our inner observer so that we can learn to really listen to our physiology directly, to become aware of those signals before they trip off neurochemical chains that are hardwired by evolution, and so to become much more conscious of the body/mind experience; to observe it, understand it, and allow it to move through us with curiosity and wonder, in this way we start to be able to have choice regarding our neurochemical experience.

This is the difference between:

Walking into a room and seeing someone who triggers a tightening in the gut, which we don’t consciously feel, or if we do feel it we don’t know how to work with it, and this translates into a feeling of nervousness or anxiety, which leads to thoughts of how that person seems dangerous, or an irrational fear that they don’t like you, or are staring at you, which leads to the “choice” to leave the room, which wasn’t a choice at all but the inevitable result of the neurochemical cascade that originated with the information coming from our gut.

Walking into the room, seeing the person, feeling our gut constrict and pausing for a moment to notice that physical experience with curiosity by using our consciousness. This lets us notice that the actual physical sensation is familiar – it’s a tightening sensation that starts around the right kidney and rises up and to the left towards the solar plexus; and as we notice that familiar response and orient again to the room and that person, we realize that they look like the third grade teacher that used to yell at us, and that the danger signal from the gut is a survival response triggered from a past experience that is no longer happening. So we are able to take a moment and find a different area of the room, maybe look out a window, give our nervous system a chance to orient to the safety actually present, and then our gut relaxes – different neurochemical cascades and different choices emerge from us being able to interface with our mind/body experience using consciousness.

For folks with trauma – meaning people who have unresolved survival physiology at play in their system to some degree, the possibility of choice begins with learning about survival physiology so they can understand what is happening in them and learn how to work with it. In doing so they develop that inner observer and are able to make choices about how they respond to their physiology and thoughts with their consciousness, which leads to different neurochemical cascades and different external choices.

If someone is fortunate enough to already be well regulated they can practice some kind of inner focus discipline, which will enable them to tune in more deeply to what is happening in their mind/body experience and change any sub or un-conscious reactions they may not have known were there, or refine their responses to a greater degree, which will lead to different neurochemical cascades, etc..

Choice begins when we are able to sense our physiology at this level, only then can we develop the agency to intervene such that we can consciously elicit different neurochemical cascades, which then will lead to different thoughts and actions.