The Miracle Of Healthy Sleep

a.k.a. – having access to the low-tone dorsal vagal state 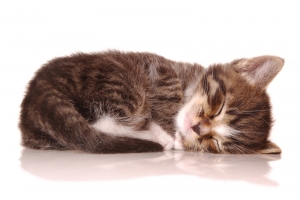 Today I kinda missed my ‘ol pal, Depression. But not really.

Back in the day, when my nervous system was way more messed up, I used to be able to go to bed at 10 and wake up at 9. Or I could stay up super late till 2 or 3 and sleep till noon. Gone are those days and the reason is that I’m just too damn healthy now!

But back when I was still struggling with depression and anxiety, this is what was going on in my nervous system…

Depression: There was a large shutdown, or FREEZE response, in my system.

This was due to all the overwhelm and trauma that I had not been able to process through the course of my infant-hood and young life. When we get overwhelmed and there is no possibility of escape or fighting back – such as in the case of a massive injury that happened before you knew what hit you, or that you that you chose to suppress so you could look cool, or when there is abuse or neglect by parents or older siblings – the system has only one option left… shutdown.

The manifestation of an unresolved shutdown response can look like many things: low energy, lack of ability to focus, lack of drive and motivation, poor digestion, fibromyalgia and  a whole bunch of other autoimmune disorders, and what we’ve come to call depression. The part of the nervous system that governs this response is the high tone dorsal vagal complex (I’ll explain more about what “high-tone” means in a minute).

Anxiety: The reason the FREEZE response came online to protect me in the first place is because there was a massive FIGHT/FLIGHT response that had nowhere to go. The manifestation of unresolved FIGHT/FLIGHT responses can look like many things: uncontrollable, eruptive rage (FIGHT) and anxiety (FLIGHT) as well as tight muscles, muscle spasms, heart disease, lack of ability to focus, poor digestion, and even cancer. The part of the nervous system that governs this response is the sympathetic nervous system.

These powerful survival energies were all sitting in my system leaving very little room for healthy regulation. Instead of being predominantly in a ventral-vagal state, which is where we are meant to primarily exist when awake (this is the part of the nervous system that supports social engagement, critical thinking and creativity) I was flip-flopping between go-go-go-go! (sympathetic) and crash! (high-tone dorsal).

Does this sound familiar to any of you?

These were the primary “go-to” options that I had available and I learned to live with them, but my body was exhausted almost all the time because these survival energies use massive amounts of lifeforce and they are meant to be time limited!

Meaning they are supposed to last seconds or minutes, not decades.

So of course I could stay up super late and sleep for 10 or 12 hours! My body was pumping adrenaline and, simultaneously, exhausted and wrung out. Instead of falling gently into healthy sleep I was basically collapsing into my freeze state when I couldn’t maintain my adrenaline-fueled fight/flight state anymore.

I’ve been doing some very deep processing the last couple days and my body was a bit “sick” (meaning I was releasing an old layer of stored-up toxic energy). So last night I decided to go to sleep at 10 pm so I could really get a “good night’s sleep”.

In my mind I still expect this to mean 10 hours or so.

I woke up completely rested at 5 am.

This is thanks to Healthy Low-Tone Dorsal!!!

Remember when I said that the FREEZE response is governed by a high-tone dorsal vagal state? First let’s talk about what “high-tone” means. This simply means that there is a lot of energy going into this portion of the nervous system – it’s turned on all the way.

When you turn down the intensity you get the low-tone dorsal state. This is what is supposed to be predominantly active when we are resting or sleeping. The low tone dorsal state supports healthy digestion, barrier-keeping of the gut, tissue repair, cell regeneration and immune function – all of which are not available in the high-tone dorsal state.

When we have lived through trauma and our nervous system is running lots of old, unresolved survival energy through it we don’t have much access to the very state we need in order to repair the body.

So now when I sleep, I really sleep. Yes, I do miss those long, lazy slumbers and lay-ins, but my body is functioning way more efficiently and therefore I need much less sleep, which means I can do things like get up at 5 am and write this article!

So I’m not going to complain…. much.